Solo is not only about cultural and tourist places scattered. The town is known by the jargon the spirit of java is also storing a wide variety of culinary appetite. When you visit Solo let's stop by to taste a variety of culinary certainly kicked out of the town the birthplace of the president of Indonesia Mr. Joko Widodo . Confused about what a culinary tour in the city want to try a solo? Here we summarize the typical food cities solo that inspires your taste. 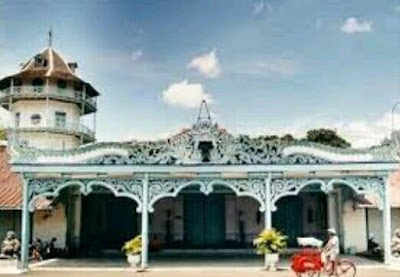 Loh kok kere satay? Instead of a goat or chicken huh? Hehe yes this is a solo, a variety of unique foods you can find there. Sate kere is satay made from tempeh gembus and tetelan were stabbed and burned like satay. Do not ask again about the taste of satay dati this puppy. Because it seems that enaaaak buildup makes sense gurihnya tongue longer wish to again and again. Kere sete price is also below the average alias really cheap. You just need the money reached two thousand rupiah for one skewer beggar. Because it tastes good and I am sure you do not mantab probably only going to spend one puncture just for a meal. Sate kere can be found in various corners of the city solo, usually held lapaknya satay seller beggar in the streets or around the town square solo.

Rows to three of the typical food-watering solo city is Notosuman pancake. Pancake pancake Notosuman the most delicious and famous in town solo. Pancake is a snack made of glutinous rice flour and coconut milk coconut. How to cultivate food is quite unique round shape is to be burned with charcoal. Sweet, sweet and savory course of the original oil is characteristic of this pancake.

It's ready mencicpi specialties solo another city? Let's move on to number three, namely timlo solo. Hemmmm apalgi timlo solo ,,, yes it is a typical food kot solo which is a mixture of curd, chicken, eggs, and broth of chicken broth. Kuah from timlo solo that is the taste of the food kenikmtan. Timlo solo presented must be in a state of warm, because if presented in the cold conditions would affect the enjoyment of the taste of the dish.

Processed goat bones of this one becoming the cover of various types of food typical of the city solo appetizing. Tengkleng bone is processed goat cooked with spices rica-rica. How to take tengkleng could use a hand directly, which became a top value of tengkleng is the marrow of savory and spicy.