A deevaTravel - To reach the target of the visit of Foreign amounted to 12 million people by 2016, the Government of Indonesia through the Ministry of Tourism to prepare 10 Travel Destinations Featured   will be the priority of tourist arrivals in the year 2016. Tenth Travel Destinations, the priorities are as follows. 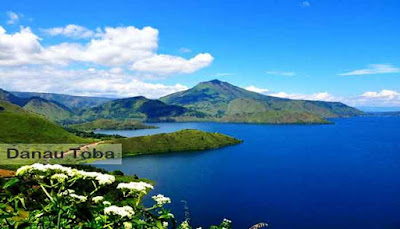 Lake Toba is a volcanic lake 100 km long and 30 kilometers wide, located in North Sumatra Province, Indonesia. This lake is the Largest Lake in Indonesia and Southeast Asia in the middle there is a volcanic island called Pulau Samosir .

The lake is still the mainstay of Sumatra is expected to travel in 2016 can bring Travellers more. 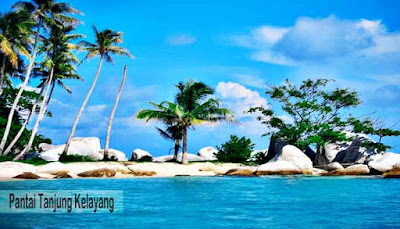 Belitung Island is famous attractions beautiful beaches and exotic. One of them is the Cape Coast Kelayang . The beach is located in Sijuk within 27 km from the city Tanjungpandan. The beach has a 60-hectare coastal scenery is very beautiful. On this beach you can also go kayaking and snorkeling. Not only is it on the beach there are also Kelayang Beach Cottage and Kelayang Resto. 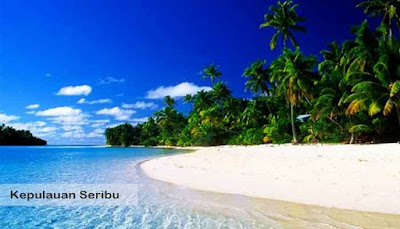 In this place you can do snorkeling, swimming or diving while enjoying the coastal scenery is very exotic and amazing. 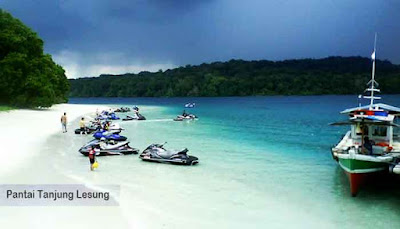 Tanjung Lesung beach is a beach resort that is very beautiful and amazing located in the village of Tanjung Jaya, District Panimbang, Pandeglang, Banten province, Indonesia.

The beach area of ​​1,500 hectares is offering white sand is very clean and natural very suitable for sunbathing, swimming or doing other beach sports activities. With the waves are not too big to allow you to play Jetsky, snorkeling, fishing berperahuatau. 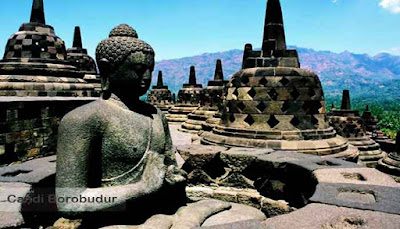 Borobudur is a Buddhist temple in the world's largest, located in the district of Magelang, Central Java. Stupa shaped temple which was founded around the 8th century during the reign of the Sailendra dynasty have become priorities tourist arrivals in 2016.

Borobudur is a masterpiece of Buddhist art Indonesia, for example crowning achievement of harmony the architecture and aesthetics of art Buddha in Java. The building is inspired by the idea of dharma of India, among others stupa and mandala, but it is believed also the continuation of local elements; megalithic structures punden or pyramid were found from the prehistoric period in Indonesia. As a blend of native Indonesian ancestor worship and struggles achieved Nirvana in Buddhism 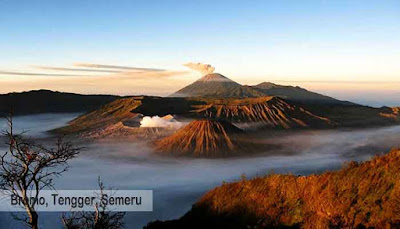 Bromo Tengger Semeru National Park is a national park in East Java, Indonesia, which is situated in the administrative region of Pasuruan, Malang, Lumajang and Probolinggo. The park is west-eastern stretch of about 20-30 kilometers and a north-south about 40 km is established since 1982 with a total area of about 50276.3 ha.

This national park is one of the major tourist destination in East Java. With direct flights Malang-Jakarta-Denpasar and Malang expected number of foreign tourist visits will increase. Besides Mount Bromo, which is a major attraction, Mount Semeru is the highest mountain on the island of Java, the main attraction for hikers. However to get to the top of Semeru is not as easy as climbing Mount Bromo and the climbers are required to obtain permission from the national park management office located in Malang. 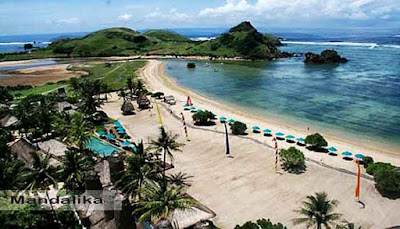 Mandalika Lombok is a sanctuary of nature and native is one of the world's most unique. A place where art and local culture are celebrated and stand as a perpetual tool to learn and discover about the culture of Lombok.

Mandalika located in NTB is a priority tourist visits. The problem in this area is being built international resort. Not only that, to support the activities of tourism, the region also has built infrastructure that allows travelers. 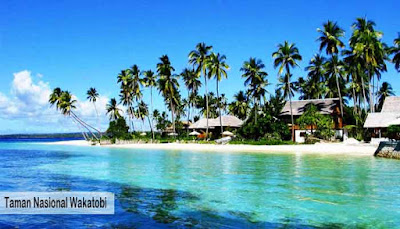 Wakatobi National Park is one of 50 parks nasoinal in Indonesia, located in the district of Wakatobi, Southeast Sulawesi. This national park is set in 2002, with a total area of 1.39 million ha, involving marine biodiversity, scale and condition of coral; which occupies one of the highest priority for marine conservation in Indonesia.

In this garden there is a panoramic underwater natural beauty which has 25 pieces of coral reef. Coral reefs can be found around 112 species of 13 families located on 25 points along the 600 km coastline. In addition to the beauty that is served by a diverse coral reefs, the park also has a variety of fish species. Fish species richness of this national park which is owned as many as 93 species of food fish and ornamental fish trade

It is not wrong if Wakatobi be prioritized Travel Destinations in 2016 by the Government of Indonesia. 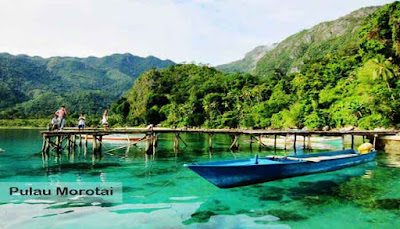 Many people say, Morotai is 'Heaven in Eastern Indonesia' . This refers to the underwater riches, with more than 25 diving points that deliver incomparable beauty. There Tanjung Wayabula , Dodola Point , Batu Layar Point , Cape Sabatai Point, until Saminyamau. Everything is amazingly beautiful, with dark blue crystal clear waters. Infinite marine life, living among the coral reefs are maintained and traces of wreckage.

The natural beauty of the island of Morotai not only reflected through the underwater, but also on its soil. Wide stretch of white sand is ready to pamper the eyes of anyone who set foot on it. Panorama of sunrises and sunsets become one of the most anticipated moments of tourists, who apparently still rarely came there. 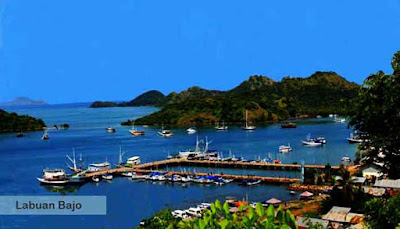 Labuhan Bajo is a small harbor located in East Nusa Tenggara Province, Indonesia. This place is the gateway to the famous sights of Komodo Island and other islands such as Pulau Rinca or Pink Beach.

Well that's 10 Travel Destinations , the priorities of foreign tourists mendatangakan in the 2016's.